Register now for the 8th World Congress against the Death Penalty

The 8th World Congress organised by ECPM will take place in Berlin from 15 to 18 November: more than a thousand participants from 90 countries are expected in the German capital for the most important meeting of abolitionists. To be part of it, it’s time to register!

For four days, politicians, activists and committed citizens will meet to debate the major issues related to the death penalty in the world.

Numerous witnesses, former death row inmates and civil society personalities will speak during this Congress, whose epicentre will be the Radial System, which will host the abolition village, workshops, debates and conferences with a single aim: to strengthen the fight for the universal abolition of the death penalty. 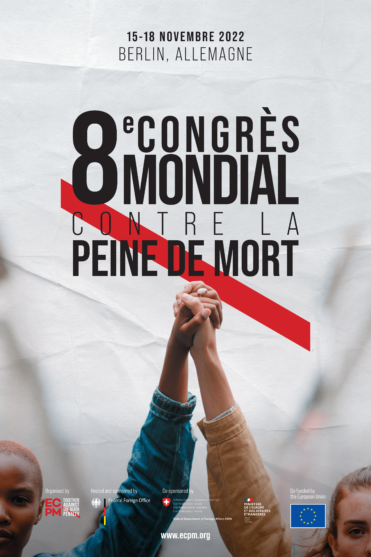 What is the purpose of a congress?

As recent events tend to show, rights, sometimes hard-won, can be suddenly called into question. Avoiding the resurgence of capital punishment therefore remains a major challenge in our societies. With the rise of populism and the radicalisation of thinking on security issues in some abolitionist states, pro-death penalty movements regularly call abolition into question. Moreover, the risk of resumption of executions is still present in non-abolitionist countries that have not carried out executions for several years.

Abolition as a global trend

In 2021, 108 countries and territories had completely abolished the death penalty. 80% of UN Member States no longer execute and 60% of them are abolitionist. The African continent is moving towards abolition: 45 of the 55 African countries are de jure or de facto abolitionist. Some regions of the world still resist abolitionist thinking and continue to apply the death penalty on a large scale. The five countries with the most executions in 2021 are China, Iran, Saudi Arabia, Egypt and Syria.