The abolition of the death penalty is one of the very few areas of human rights to witness constant progress. Today, 80% of the 198 UN member states no longer execute prisoners, i.e. they are either abolitionist (60%) or have a moratorium on executions (20%). Just over 40 years ago, in 1981, when France abolished capital punishment, two thirds of the world’s states practised the death penalty on a regular basis.

A global trend towards abolition

Just over 40 years ago, in 1981, when France abolished capital punishment, two thirds of the world’s states practised the death penalty on a regular basis. Today, this trend has been reversed: with 60% of states now abolitionist, universal abolition is becoming a reality, year by year. 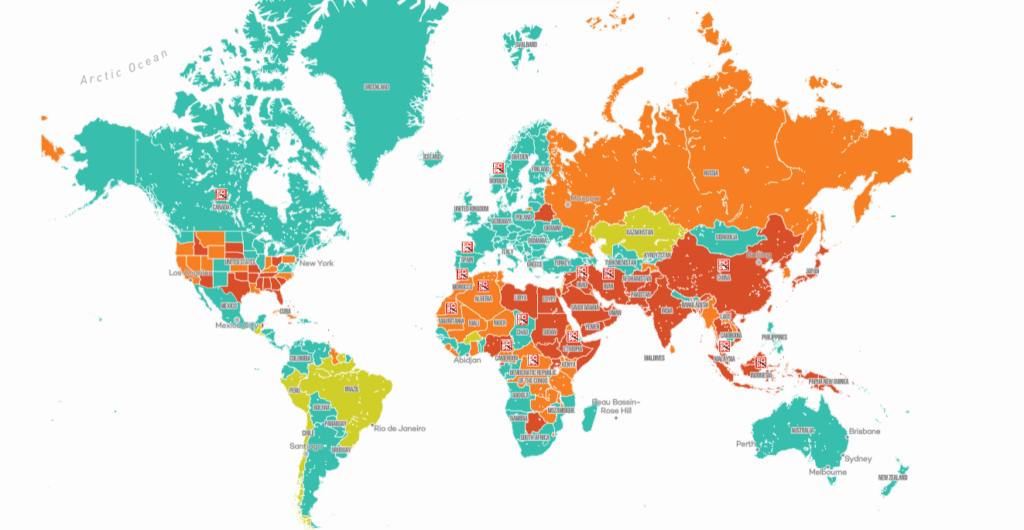 A map to understand

Find out the status of the death penalty, state by state, or in the member states of a particular intergovernmental organisation, and visualise the trend towards abolition.

Uneven application around the world

The death penalty is predominantly applied in Asia, the Middle East and the United States.
In 2021, the five states with the highest number of executions were China, Iran, Egypt, Saudi Arabia and Syria.

30 000
people on death row
594
executions in 2021, not including thousands in China
Iran
is the state with the highest execution rate relative to its population
China, Iran, Egypt, Saudi Arabia and Syria
are the five states with the highest number of executions
Read the report

China alone executes more people each year than all other countries combined, although official figures are classified as state secrets.

Iran is the country with the the highest execution rate per capita: at least 333 people were executed in 2021 and more than 5,000 people are on death row.

Focus on Africa, the next abolitionist continent

Most of the 22 African states that have abolished the death penalty in law did so after applying a moratorium on executions for more than ten years (e.g.  Senegal and Republic of Congo). 10 have amended their constitutions (e.g.  Mozambique and Côte d’Ivoire) while another 10 have reformed their penal codes (e.g. Senegal and Togo). In Benin, abolition followed the ratification of OP2. 1/4 of African countries have ratified this protocol.

1/4 of the 34 states that have not abolished the death penalty in law still apply it on a mandatory basis. 4 states continue to issue death sentences for homosexuality and apostasy, such as Nigeria. About 2/3 of non-abolitionist states maintain the death penalty for acts of terrorism.

A number of positive developments suggest that abolition is on the horizon in many countries, such as Equatorial Guinea, Kenya, Central African Republic, Zimbabwe and Democratic Republic of Congo.