The abolition of the death penalty must become a priority for national human rights institutions (NHRIs), whose mandate is to protect and promote human rights in their countries, as well as the fight against torture and other cruel, inhuman or degrading treatment or punishment. 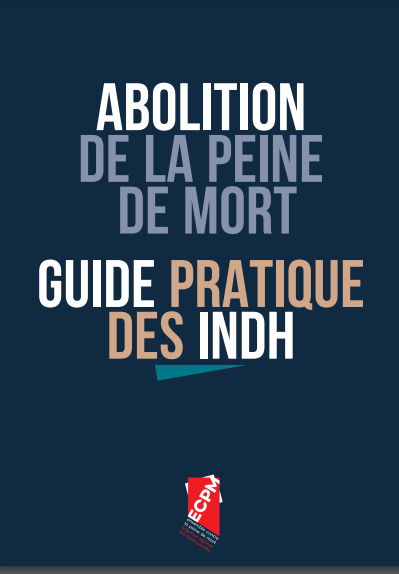 Abolition of the death penalty: A practical guide for NHRIs

In order to assist NHRIs in addressing this issue, ECPM, in collaboration with some NHRIs, publishes “A Practical Guide for NHRIs“, inspired by the events organized on World Human Rights Day. This playful and informative guide is dedicated to sharing good practices implemented locally by some NHRIs, in order to take a further step towards abolition together.

This innovative guide is a practical tool, ultimately supporting NHRI activities on the death penalty through capacity building.

In recent years, NHRIs, which are independent public bodies, have been given a constitutional and legislative foothold that allows them to grow in strength and find greater legitimacy in the conduct of their activities.

Each NHRI, whether it belongs to a retentionist, moratorium or abolitionist State, has within its reach a range of actions adapted to the needs and reality of its country, enabling it to play a decisive role in the abolitionist struggle.

You will find there:

The guide was officially launched on 11 December 2019 at an event in Kinshasa, in the presence of partner NHRIs in the Democratic Republic of Congo (DRC). In addition to being available digitally now, it will be presented to all NHRIs from the year 2020.

This project was launched in January 2017 by the association ECPM, as part of its project “Accompanying parliamentarians, national human rights institutions (NHRIs) and civil society for the abolition of the death penalty in Central Africa and South-East Asia”. It is being carried out over three years, with the financial support of the European Union (EU), Australia and Norway.

In particular, a specific working meeting on the development of the guide was held in the margins of the 7th World Congress against the Death Penalty, organised by ECPM in Brussels in February 2019. At this meeting, which was held in a spirit of dialogue and in a participatory approach, the NHRIs present reiterated their willingness to contribute to the guide and to share their experiences.